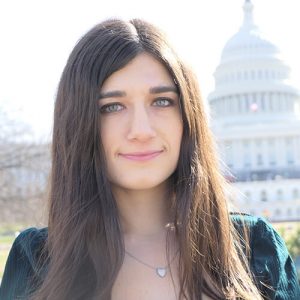 I believe in the law’s ability to facilitate and promote justice. However, justice is not always achieved, even when laws exist. For instance, during Azerbaijan’s attacks on Artsakh, numerous international laws were broken, yet measures to hold the perpetrators accountable were not taken. The Armenian nation requires individuals with the ability to promote legal remedy and accountability to represent it in order to avoid more violations of international law that lead to the loss of countless Armenian lives and livelihoods.

I am planning to contribute to the Armenian community in the following ways:

Promoting Justice and Accountability. I find it essential to have Armenians, or Armenian advocates, in legal positions of power. As an Armenian Harvard Law student, I hope to gain the knowledge to promote justice for the Armenian community, specifically through ensuring that there are repercussions for human rights abuses and discrimination against Armenians. As a student and graduate, I plan to act as a staunch supporter of Armenian issues, working with the Armenian Bar Association and international organizations to pass legislation upholding our causes and protecting our rights.

I have previously advocated for the Armenian community through my positions as Columbia Armenian Society President, Government Affairs Intern for the Armenian National Committee of America (ANCA), Rising Leaders Participant for ANCA, AYF member, ASAUnited member, Armenian Weekly writer, and a Society for Orphaned Armenian Relief (SOAR) board member. During Azerbaijan’s attacks on Artsakh, I also helped coordinate efforts through Columbia University’s Human Rights Institute and Columbia Law School to identify and document war crimes. As a Harvard Law School (HLS) student, I plan to join the Harvard Armenian Law Student Association to spotlight Armenian issues on the Harvard campus. I also hope to work with the Permanent Mission of Armenia to the United Nations on international human rights work that spotlights the injustices perpetrated by other nations and demands accountability for their actions. Through working with Harvard Law’s International Human Rights Clinic, I will work alongside my fellow students and professors to target human rights issues relevant to Armenia and the Armenian nation.

Supporting Gender Equality Efforts. To promote female advancement at Harvard, I plan to enroll in coursework on gender violence, join the Journal of Law and Gender, and engage in women’s rights work. I am particularly cognizant of the fact that my undergraduate institution, Columbia University, only began admitting women in 1983, while Harvard Law began admitting women in 1950. Less than 100 years later, I am pursuing opportunities that would have been inaccessible to my female ancestors solely due to their gender identity.

I firmly believe that no one should be limited on the basis of gender and hope to continue promoting the success of all Armenians, with a particular focus on expanding access to opportunities for women in Armenia. Currently, Armenia offers little protection and aid for victims and survivors of domestic violence. Using the knowledge gained from my educational endeavors, I hope to protect these women through promoting the passage of new legislation and advocating for reform. I specifically hope to join the Armenian Bar Association’s Domestic Violence Committee to work alongside other passionate Armenian individuals dedicated to increasing access to justice for these individuals.

Expanding Access to Higher Education. I have continued supporting other Armenians applying to institutions of higher education. A few years ago, I founded a nonprofit initiative called “Armenian Accepted” that supports Armenians applying to undergraduate programs. This initiative offers Armenians across the world help with different application components such as essays and resumes. Over the years, the initiative saw so much demand that the entire Columbia Armenian Society, along with volunteers from other institutions, began supporting Armenian students through their application processes. Now that I have successfully navigated the law school admissions process, I have expanded the initiative to include free application support to Armenian students applying to law schools. Over the last few weeks, I have held Zoom conversations with younger Armenian students seeking help navigating the law school admissions process to answer their questions. Considering the number of Armenians at top law schools remains few in number, I am passionate about empowering future applicants and supporting them in their legal endeavors. I will continue offering to help any Armenian students with the LSAT and other aspects of the law school admissions process. I have already started speaking with ASAUnited about expanding both of these initiatives with the help of Armenian Student Associations across the country.

Encouraging non-Armenians to Support Armenian Causes. As a believer in the power of collective action, I also plan to continue encouraging non-Armenians to support our causes. As Armenians are an ethnic minority group, it can be extremely difficult to spread awareness of our needs without the full fledged support of non-Armenians, which became apparent during the attacks on Artsakh. During the conflict, I personally led efforts to have over sixty Columbia student organizations sign on to a letter condemning Azerbaijan. Yet, I understand that this is only the beginning; international advocacy efforts require the support of as many individuals as possible. As such, I hope to continue encouraging my fellow students to support Armenian causes as a Harvard Law student. Particularly, I hope to take part in Harvard Law’s human rights organizations and clinics, encouraging my peers and professors to hold Azerbaijan and Turkey accountable for infringing international law. I also plan to join Harvard Law’s Armenian Law Students Association, hosting events to spread awareness of issues relevant to Armenian communities that can be combated through legal remedies.

I particularly find it important to amplify the needs of the Armenian community at a school like Harvard Law, which has produced various United States presidents, senators, and other government officials. While I don’t know what roles my classmates will occupy in the future, I will continue acting as an Armenian advocate, encouraging them to support the Armenian community in their future endeavors. I truly believe that the presence of one passionate Armenian in one’s university programs and alumni networks can convince someone to support a community that they may have had no personal knowledge of prior. As an alumna, I will continue interacting with members of the legal community to ensure that others support our causes and promote the success of the Armenian community.

I firmly believe that attending Harvard Law will help me add value to Armenia, the Armenian nation, and humanity. As the descendant of orphaned Armenian Genocide survivors who fled to the United States, I am incredibly grateful to have received the opportunity to pursue my graduate studies at such a renowned institution.

“Through education to eternity” is a statement that resonates with me greatly. It is quite similar to the last words of my own college admissions essay that secured me admission to Columbia University: “this journey will take me to infinity and beyond.” Three years later, I am still on this journey, but I do believe that it will lead me to eternity. More importantly, I hope it will lead to eternal positive change for others.

Throughout my life, I have come to understand that leadership involves recognizing a need for change and taking action. It relies on innovation, creativity, ethicality, and morality. Most importantly, it means looking beyond yourself and looking at how you can leave a tangible, denotative impact on the communities around you. To be such a leader, an individual must be relentless in their aspirations and driven to maximize their impact.

As an Armenian student at Columbia University in the City of New York, I have expanded my worldview and impacted the communities I care about. As the Columbia Armenian Society President, I have had the privilege of connecting Armenian students on the East Coast while spearheading a variety of cultural and social events. As an English major, I have learned that words are power, as well as catalysts for progress.

After college, I am planning on attending law school to maximize and reinforce the impact of my words. It is essential, as Armenians, that we proudly communicate our history, culture, and goals. This will help us preserve our rich heritage and promote our future visions.

Spearheading Educational Initiatives. Education creates awareness, which in turn leads to collective action. Unfortunately, in the United States and many other countries, the Armenian Genocide continues to not be taught in schools. Moreover, most history classes do not even mention Armenia’s contributions, or even its status as the first Christian nation. As the Columbia Armenian Society President, I have actively worked to spread awareness amongst my own classmates through dialogue. However, the Armenian diaspora cannot solely rely on its own individuals’ words to raise awareness. Recently, multiple state legislatures passed bills making Armenian Genocide education a mandatory requirement for high schoolers. I want to utilize my words, as well as my future law degree, to act as an advocate for this type of requirement in schools across the nation, as well as in different countries.

Connecting the Diaspora to Each Other. As an Armenian student that has spent time on both coasts, I have noticed a disconnect between Armenians across the country. This problem extends across the world as well; the diaspora as a whole has grown apart and is not provided with enough opportunities to reconnect. As a founding member of ASA United, a group that seeks to bridge this divide, I have been actively working to connect Armenian students across the country and look forward to continuing to do this in the future. On a larger scale, I want to ensure that Armenians across the world are provided with more opportunities to connect, whether this be through the creation of annual retreats or events.

Promoting Armenian Access to Higher Education. I personally was able to secure admission at a competitive university and recognize that the resources, connections, experiences, and exposure one gains from these types of educational opportunities are invaluable. A year ago, I founded Armenian Accepted, a nonprofit initiative that seeks to help Armenian students from around the world with their college applications. In the future, I want to continue helping Armenian high schoolers secure admission to their dream schools by guiding them through the steps of the application process and editing their materials. I have already helped multiple Armenian students with their college admissions journeys and hope to continue to scale this initiative in the future. Recruiting more individuals to help with this initiative will allow the initiative to have a broader reach, as well as a greater impact.

My educational pursuits have taught me how to critically analyze different issues and voice my visions. At the same time, they have allowed me to learn how to spearhead initiatives and lead projects. I know I have the drive and determination to enact positive change for the Armenian community. More importantly, I am excited to manifest these ideas into reality.