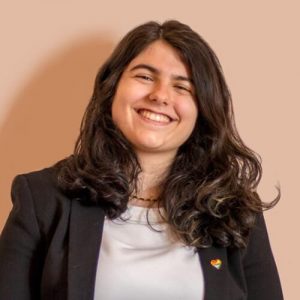 On the 10th of November, 2020, a trilateral “peace deal” brokered by Russia was signed between Azerbaijan and Armenia. This peace deal was introduced after the decades-old “frozen conflict” ended with the eruption of a six-week-long war in Nagorno-Karabakh (known in Armenian as Artsakh). In the aftermath of the war, around 2,000 Russian peacekeeping troops were deployed into the conflict zone to guarantee the security of the corridor between Armenia and Nagorno-Karabakh. Prior to the war Nagorno-Karabakh’s population was made up of about 150,000 ethnic Armenians (Bowen and Welt, 2021). However, Nagorno-Karabakh’s demographics witnessed a significant change with the resettlement of Armenians of Syria in 2012 as a result of the Syrian civil war, followed by the resettlement of Armenians of Lebanon due to the Lebanese liquidity crisis and the Beirut Blast in August, 2020. Whilst there is no data as to how many Syrian and Lebanese Armenian families have been resettled in Nagorno-Karabakh, many articles refer to dozens being resettled (The Economist, 2017).

In the aftermath of the 2020 war in Nagorno-Karabakh and the crucial need for scholarship, this research proposal will raise awareness of the legacy of the conflict in Nagorno-Karabakh through shedding light on the experiences of minority groups in the region. This M.Phil. dissertation will be a study of the social impact of the Nagorno-Karabakh conflict on the lives of Syrian and Lebanese Armenians. I will be interacting with a diverse group of Syrian and Lebanese Armenians, where I will be sensitive to the differing political and cultural views the participants might hold. Furthermore, as Herzfeld (1992: 17) explains, “the persistence of a strong sense of cultural identity does not necessarily entail the suppression of individualised forms of agency.” I will write about Syrian and Lebanese Armenian individuals; and thus, I will omit essentialist descriptions of a particular culture, community, or people (Clifford, 1986).

I am interested in studying how the Syrian and Lebanese Armenians who were forced to flee war, persecution and corruption, resettled in Nagorno-Karabakh and witnessed yet another conflict interpret this cycle of insecurity. I will be engaging with mixed qualitative approaches, such as semi-structured interviews which will give a platform to the voices and perspectives of Syrian and Lebanese Armenians in Nagorno-Karabakh. Purposive non-probability sampling will be conducted, which will be beneficial in terms of relevance to the research questions and its practicality and manageability. I will conduct the interviews in Armenian and Arabic, where the interviewees will be given the opportunity to choose the language they are most comfortable to engage in. This will alleviate the methodological challenges and inconsistencies which occur in cross-language qualitative research (Edwards, 1998). In terms of situatedness, as a Syrian-Armenian and as a former refugee myself, there is a level of communication which moves beyond the linguistic fluency of being a native Armenian and Arabic speaker and into the realm of cultural understanding. Maintaining positive, reciprocal and non-hierarchical relationships with the interviewees is vital to a participatory research project, which will be made possible by recognising participants as equals (Schubotz, 2019).

A qualitative methodological approach considers how stories are embedded in broader socio-political environments and adopts a reflexive approach to examine the relationship between the researcher, the interviewees and the dynamics of the research process (Donà, 2019). Having researched the life stories of Syrian refugee women in Armenia using oral history as a methodological framework, I have learnt that ethical issues, informed consent and confidentiality are at the core of oral history practice. To ensure that the narrators are informed about the content and focus of the project and their individual rights, each participant will be offered to sign an informed consent form before the interview. The consent form will enable the participants to explicitly dictate their preferred privacy measures, advising them of their ability to pause, discontinue or terminate their voluntary contribution at any given time.