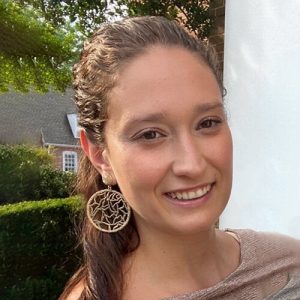 My name is Julia Hintlian, I am a rising fifth-year doctoral student in the Committee on the Study of Religion at Harvard University, and I am writing to apply for an Armenian Studies Scholarship. In the remainder of this letter, I will first review my long-term commitment to the study of Armenian culture, language, and religion, and then I will explain my plans to contribute to Armenian Studies in the future.

My doctoral research focuses on Christian traditions in the context of the religiously diverse Silk Road in the late ancient period (approximately 200-1100 CE). Prior to commencing my doctoral work, I also earned a Master of Theological Studies in Silk Road Religions as a Dean’s Fellow at Harvard Divinity School and a Bachelor of Arts in Religious Studies (Phi Beta Kappa and summa cum laude) at the University of Pennsylvania. I am currently working on my dissertation, which treats the Armenian, Syriac, and Arabic translations of the first work of Christian anthropology, written in Greek in the fourth century by Nemesius, bishop of Emesa (present-day Syria). Throughout my graduate education, I have placed great emphasis on studying classical languages: I can read Armenian, Syriac, Arabic, and Greek at the advanced level, and I also have some basic reading proficiency in Sogdian, Middle Persian, and Parthian. My commitment to studying a variety of languages is connected to my broader interest in cross-cultural contact, which is a theme to which I will return below.

In preparing to write my dissertation, I spent nearly two years living on-campus as a special student at the Saint Nersess Armenian Seminary in Armonk, New York (Fall 2019-Spring 2021). During this period, I was also a full-time, active student at Harvard, with a special dispensation to be away from campus (in the fall of 2019) and doing virtual work (during the Covid-19 pandemic). Dr. Roberta Ervine—who serves as the Academic Dean at Saint Nersess—is on my dissertation committee at Harvard and she will be contributing a letter of recommendation to this application. Since 2019, I have studied Classical Armenian, modern Western and Eastern Armenian, Armenian Church History, Patristics, Liturgics, and Canon Law at Saint Nersess. Furthermore, I was quite involved with community life while living on campus, which afforded me an “ethnographic” opportunity to study alongside deacons who are training for priesthood. I have also served as an assistant editor for the Saint Nersess Theological Review since 2019. I returned to Harvard in the fall of 2021, but I have continued to study both Classical and Modern Armenian at the advanced level over Zoom with my Saint Nersess instructors. I am including my Saint Nersess transcript with this application, alongside my Harvard and Penn transcripts. Given that my dissertation focuses on a work of Christian anthropology, it has been important that I acquire fluency not only in the Armenian language, but also that I gain familiarity with the weltanschauung—especially the theology—of the Armenian Church. Saint Nersess has given me intimate access to this ecclesiastical worldview in a way normally inaccessible to students in secular university settings.

In addition to studying at Saint Nersess, I have also spent considerable time teaching in the Armenian Church. In the summer of 2018, for example, I volunteered to teach Syriac language to deacons in the Gevorkian Seminary in Etchmiadzin, Armenia. In the summer of 2019, I taught both Greek and Syriac to deacons at the Armenian Patriarchate’s seminary in Jerusalem, as a special guest of Patriarch Nourhan Manougian. I have also given a variety of talks and lectures in Armenian Church and community settings. For example, in August of 2021, I was invited to speak at the Zohrab Information Center at the Eastern Diocese in New York; my remarks focused on the Armenian translation of Ephrem the Syrian’s (Syriac) Commentary on Tatian’s (Greek) Diatessaron (Gospel Harmony). In the spring of 2019, I was interviewed by journalist Lara Setrakian for an Armenian General Benevolent Union Spirituality Retreat in New York; the theme of the interview was “The Legacy of Cultural Exchange: Zoroastrianism and Armenian Faith.” The National Association for Armenian Studies and Research has also invited me to speak about my studies, in both academic as well as fundraising contexts. Furthermore, in addition to Armenian community events, I have attended a number of academic conferences focused on Armenian Studies, at universities such as Oxford, Harvard, the University of Geneva, and Tufts University.

I have two goals that I want to accomplish within the field of Armenian Studies in the future; these goals have both short and long-term components and implications:

First, I want to continue teaching both in and about the Armenian Apostolic Church, which has an ancient intellectual-spiritual tradition called the “vartabedutyun/վարդապետութիւն.” While vartabeds have traditionally been men, Dr. Ervine studied with a revered vartabed in Jerusalem, and I believe that she maintains the strict scholarly qualities of a learned teacher in the Armenian Church. True vartabeds were capable of presenting knowledge at a variety of levels, depending on the education and social standing of their students and audiences. So, for example, a vartabed might exegete the same Biblical story in very different ways for a group of learned celibate priests versus for a group of young children. Dr. Ervine also has the ability to reach a variety of audiences, and she has been encouraging me to think about how I present information, so that I will be able to communicate with both lay Church parishioners and learned deacons and priests. Furthermore, given that I am a native English speaker raised outside the Church, I am particularly well-suited to act as a “cultural translator” between the Church and contemporary, secular, and/or diasporan Armenians. In terms of short-term, “concrete” goals and actions, I will continue to pursue opportunities to teach and lecture in settings like Gevorkian or the AGBU. Ultimately, however, obtaining my doctorate from Harvard will give me the full, life-long credentials to teach with authority and confidence, not only in Armenian churches and seminaries, but also about the Church in a variety of secular Armenian cultural organizations.

Second, I want to encourage and foster more interdisciplinary and cross-cultural awareness between Armenian Studies and other academic fields. Unfortunately, Armenologists sometimes focus on Armenia to the exclusion of other cultures and religions. However, Armenia never existed in a vacuum; the Classical Armenian vocabulary, for example, borrows heavily from Parthian. Because my PhD is in Religious Studies, I have been afforded opportunities to study a variety of languages, cultures, and religions—from Zoroastrianism and Hinduism, to Irish Gaelic and Arabic! My field has also granted me access to a wide variety of academic theories, methods, lenses, and perspectives. When I present at Armenological conferences, I will bring these interdisciplinary tools into conversations focused on Armenia. Conversely, I can discuss Armenian history, theology, language, and culture with a wider audience of scholars working across fields such as Middle Eastern Studies, Religious Studies, Sociology, Anthropology, Patristics, History of Christianity, Arabic and Syriac Studies, Classics, etc. I have been and will continue to “concretely” pursue this interdisciplinary goal as well. For example, last year I presented research on free will in the Armenian tradition to a conference of Islamicists who had very limited knowledge of Armenian Christianity. They were enthusiastic to learn, however, and I received recommendations for comparable Arabic and Persian works on free will; this was scholarly collaboration at its finest. Next year, Dr. Ervine and I are hoping to publish our translation of an eighth-century Armenian Christological text that will be helpful to a scholars working on Syriac Christianity. So, again, I am already pursuing this goal in the short-term, but obtaining my doctorate will give me the full credentials to lecture and write full-time in diverse conferences, journals, and books.

In some ways, “actionable, concrete” work looks very different in academia as compared with other lines of work. Nevertheless, my job will be to teach and inspire, so that Armenian and non-Armenian, secular and religious, scholarly and professional individuals can all be more sensitive, aware, and respectful when they encounter Armenian religious dynamics in their own actionable work. I really appreciate your consideration of my application.